If you missed Part 1, it’s no big deal.  Click the link to catch up. To sum it up, Will Smith is out and celebrity chefs are in.

So, what celebrity-chefs are ready to be turned into mega movie stars, so that studios can begin printing money again through cross-branding and achieving an Infinite Brand Fuck ©? 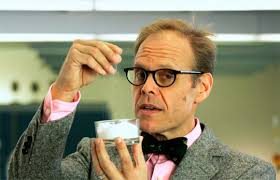 Alton’s got the look and devious personality to seamlessly enter the any Marvel franchise as a supervillain.  Hell, he already kinda plays a bad guy on Cutthroat Kitchen, so he has the experience.  But let’s not forget his roots.  Alton’s humble beginnings on Food Network make up the perfect recipe for a villain’s origin story:   Cooped up in his house, tinkering with food, using SCIENCE to explain cooking techniques. If anyone on Food Network is going to threaten the world with a giant laser, it’s Alton Brown. 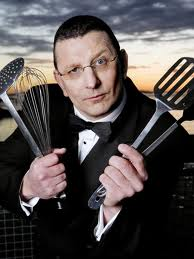 With a clear villain we need a clear hero and that man is Robert Irvine.  He’s got the size to fill Schwarzenegger-esque roles AND he’s British.  He also served in the Royal Navy, so Robert is actually more qualified to play James Bond than all of these guys combined.  And to really lock him in as a movie star there was that whole controversy in 2008 about him fabricating his resume. Lying to get a job?  Welcome to Hollywood, Mr. Irvine. 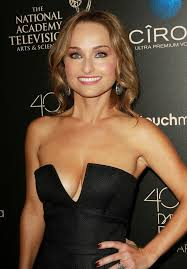 Obviously sex sells, so we’d be losing money by not mentioning Giada De Laurentiis.  Her sex appeal needs not be described any more than mentioning this fan video on YouTube entitled (in all caps, mind you..except that one “s”) GIADA DE LAURENTIIS EPIC BOOBs EPISODE.  Needless to say, after spending 90 minutes in a dark theater with her, every teenage boy will be raiding the shelves at Target, just to get their fix of that roasted garlic pasta sauce. 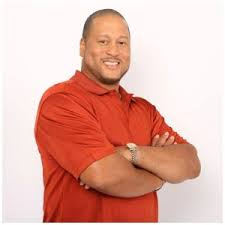 The next Tyler Perry?  I guess so…because there aren’t that many black people on Food Network. 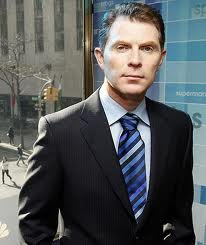 Okay, some of the previous examples weren’t truly tapping into the Infinite Brand Fuck © potential.  Bobby Flay is where the real money is going to be made.  First, find a script written for Mark Wahlberg.  Bobby loves to battle and challenge people, so I’m thinking of a story where he’s into underground fighting or something.  The actual story doesn’t matter.  What matters is that in between him beating up people for no apparent reason (we don’t have time to waste on the plot, remember?), you can slip in close-ups of a double reversible pre-seasoned cast iron griddle.  A movie ticket is only fifteen bucks, but a cast iron griddle is 70 American dollars.  CHA-mother-f*cking-CHING.Chopped Kitchen Basket 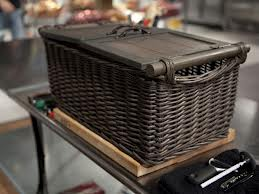 Fill this mystery basket with anything (not almost anything–ANYTHING, anything) and you’ve got instant suspense.  The franchise potential is huge with this star, because it doesn’t matter what’s in the basket, all that matters is THAT NOBODY KNOWS WHAT’S IN THE BASKET.  Canned whole chicken?  Lima beans?  Tofu?  I don’t care, here’s my $16, when’s the sequel coming out?  Who wouldn’t want to sit for 90 minutes waiting for the big reveal?  Package this star with the king of mystery, J.J. Abrams, and HOLY SH*T the suspense is already killing me.  No one will notice that there aren’t actually any actors or a story or much of a set and hell you can film it on your iPhone–WHAT’S IN THE F*CKING BASKET???
]]>